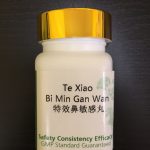 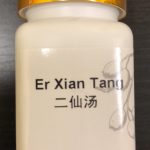 Liu Wei Di Huang Wan is indicated in China Pharmacopoeia5 for Yin insufficiency of kidney; dizziness; tinnitus; weakness and soreness of the loins and the limbs; emission and sweating. Many published and unpublished human clinical studies have supported the use of Liu Wei Di Huang Wan in numerous conditions, some of which are highlighted below.

? Back pain due to the kidney Yin insufficency. Typically, you feel weakness and then soreness of the waist and legs. You may also feel dizziness, faint vision, tinnitus, tiredness, sweat or low fever. You start to forget things and do not sleep well. You feel you are sick but doctors cannot find any underlying cause. You are not alone and these are common problems for people especially professionals who spend hours daily in front of computers and who are getting older (e.g., over 40).

? Sexual performance. You feel you are not as hard as before and do not last as long as before. You feel sore waist the next day and it takes longer time for you to reinvigorate.